A convicted felon and a partner — both members of the Outcast Motorcycle Club — are facing guns and narcotics charges after a traffic stop this weekend in Kansas City, Kan. 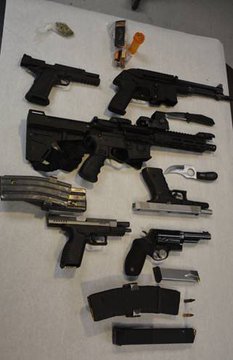 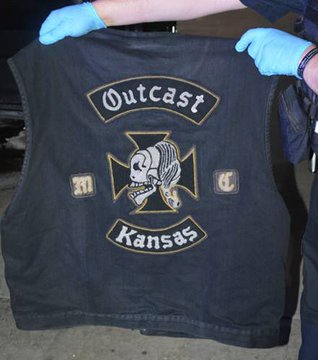 Officers Weaver and Shore did a Traffic stop @ 34th & Brown. The passenger was a convicted felon & is on bond for a stabbing that occurred in front of PDHQ. He & the driver were arrested for narcotics & 6 guns . Both are members of the Outcast Motorcycle Club.

Two officers made the stop near 34th Street and Brown Avenue. The passenger in the vehicle was out on bond for a stabbing that occurred in front of the police headquarters, Zeigler said. Both the passenger and the driver were arrested after the officers found six guns and narcotics.