Arrest flags arrival of a fifth bikie gang in Canberra

The number of bikie gangs with chapters operating inside Canberra has grown to five with the arrival of the notorious European outlaw motorcycle gang, Satudarah.

The presence of the new gang had been flying under the public radar until members of ACT Policing's Taskforce Nemesis raided a house in Belconnen on Friday afternoon and arrested a 30-year-old man, identified as the president of Satudarah's new ACT chapter, and charged him with a series of violent offences. 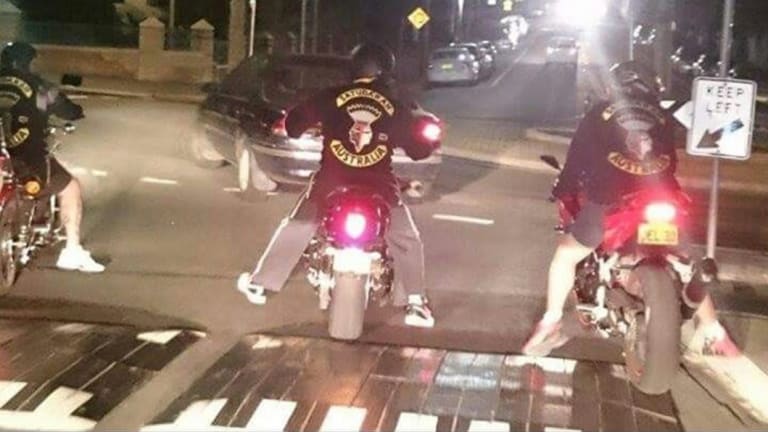 The ACT Magistrates Court was told the club's president, together with others, entered a house in Oaks Estate on Thursday evening, where they confronted a man before threatening and bashing him.

The charges included aggravated robbery, inflicting grievous bodily harm, making a demand with a threat to kill, and attempting to pervert the course of justice.

The man has been remanded in custody, joining a raft of other gang members inside Canberra's prison walls, including senior Comanchero member Alex Bourne, who is now serving eight years for various drug and violent offences. 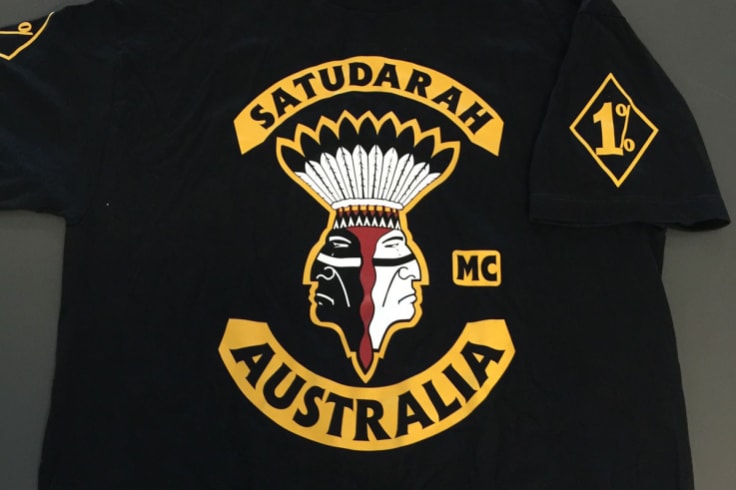 The Satudarah rocker patch and colours.

The arrival of Satudarah adds yet another troubling chapter to the swelling ranks of outlaw motorcycle gang members operating out of the ACT.

In September last year, video footage was released of a dramatic incident in which three hooded men, two with firearms, targeted the Calwell home of former Comanchero Peter Zdravkovic. A shootout ensued after petrol was poured over three cars and ignited.

Once purported to be a "one-gang town", with the Rebels as the sole bikie gang chaptered here, Canberra is now home to the Finks, the Comancheros, the Nomads and Satudarah.

In NSW, anti-consorting laws, together with the significant resources allocated to police anti-gang taskforce Strike Force Raptor, make it illegal for gang members to gather in number.

The same laws do not apply in the ACT, providing a much freer rein to patched-gang group activity here. 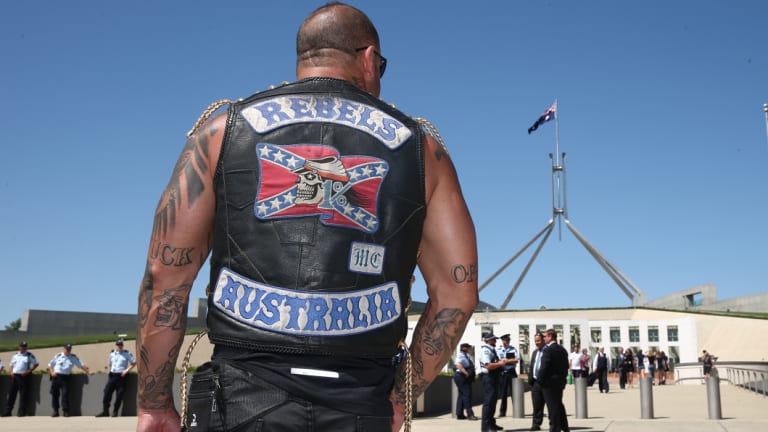 Canberra was a former one-gang town for the Rebels, who now have four rival gangs to contend with.Credit:Alex Ellinghausen

The arrival of Satudarah into Canberra and the violent Oaks Estate incident is certain to re-energise the turf war between the rival gangs, which in 2017-18 led to a spate of major offences including drive-by shootings, homes being set on fire, home invasions, bashings and brothel brawls at Fyshwick.

Late last year the president of the Australian Federal Police Association, Angela Smith, warned that the ACT community would "pay the price" for not introducing anti-consorting laws similar to those in NSW.

Her statement followed a series of incidents including the June targeting of a Ngunnawal family home which was shot at and had its front door set alight. Police later described the incident as a case of mistaken identity, with the house wrongly targeted by bikie gang members.

"NSW is getting tougher on outlaw bikie gangs by giving police additional powers to target and disrupt their violent activities," Ms Smith said.

"It's a stark contrast to the weak bikie laws we have here in the ACT, where gangs are free to roam and incite violence in our community."

The ACT government responded with legislation which granted police new powers to secure a crime scene.

The new gang into Canberra arrives with an international reputation for extreme violence.

Satudarah means “one blood” in the Malay language. 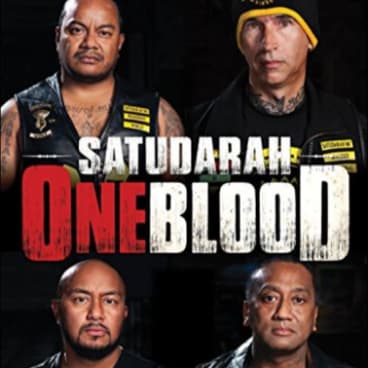 A poster for the 2015 documentary by Joost van der Valk and Mag Gaven.

It is one of Europe’s most notorious motorcycle gangs, with 44 chapters and around 4000 members worldwide. There are chapters in Norway, Spain, Belgium, Denmark , Germany, France, Indonesia and Thailand.

The group is active on social media, with a club page for its Australian activities and its own trademark-protected merchandise.

It was formed in the Netherlands in 1990 by a group of Moluccan and Dutch friends, mostly ex-soldiers, but now boasts gang members from a range of ethnic backgrounds. The notoriety of the gang grew when it publicly took on the Hells Angels and the Bandidos.

Satudarah was the subject of a 2015 documentary called “Satudarah: One Blood”, produced by award-winning writer-cinematographers Joost van der Valk and Mag Gaven, who have filmed documentaries and interviews on a range of controversial subjects.

NSW Police claimed in 2016 that they had struck a telling blow against Satudarah’s attempt to build its membership base in Australia after arresting four members of the Sydney chapter, including the chapter’s president. The members were charged with a range of offences including supplying prohibited drugs, carrying weapons and consorting.

However, that effect was shortlived. The club rebuilt and again came to police attention, culminating in Strike Force Raptor’s arrest in June last year of the sergeant-at-arms of the Sydney chapter. He was charged with a range of weapons, drug and firearm-related offences.

In June last year, a Dutch court announced a complete ban of the club in its home country.