By THUMPERRRR on May 26, 2020
A man who claims he was viciously beaten with a baseball bat during an abduction attempt has told a court he feared he was going to die.
The alleged victim said he went to visit a friend at a home in Canberra's south in January last year, when Sharon Ann Stott, 58, and another man – who he later identified as David Michael Evans, 33 – allegedly followed him inside.
The man claims he was told to sit in a chair while Mr Evans stood beside him with a baseball bat, and Ms Stott demanded he pay a $20,000 debt. 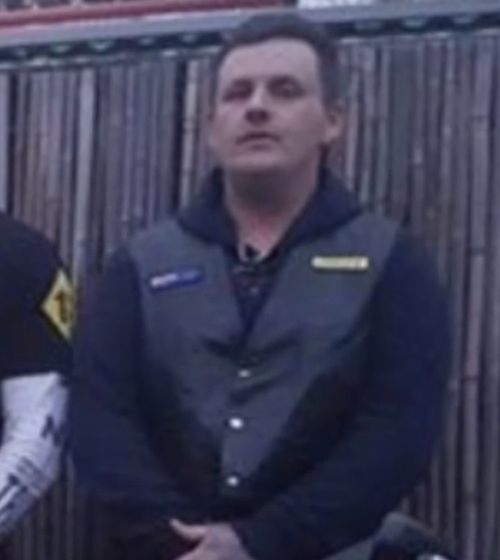 David Michael Evans, a former president of the Canberra chapter of the Satudarah outlaw motorcycle gang is on trial over an alleged bashing and kidnap attempt. (Facebook)

He said Ms Stott told him they were going to tie him up with cable ties and take him to her home.
When the man stood up and tried to flee, it's alleged Mr Evans began hitting him with the baseball bat – leaving him with broken fingers, a large gash on his head and bruises all over his arms.
"I feared for my life," the victim today told the ACT Supreme Court.
"You don't attack someone with a bat like that unless you are looking to cause serious damage."
It's alleged the victim managed to retreat to the kitchen, where he found a knife, before chasing his assailants from the house.
"He'd just beaten me nearly to death and I was really angry," the man said.
The man stabbed the knife into the tyre of a car Ms Stott was allegedly attempting to try to drive away in.
Neighbours, the victim and Ms Stott called police, who arrived on scene a short time later.
Prosecutors told the court a pillow case with cable ties inside was found inside Ms Stott's car.
The victim later identified Mr Evans from a photo board shown to him by police.
When prosecutors today asked the man how he recognised Mr Evans, he said it was because "he was the first person in my life who has tried to kill me".
Mr Evans, the former president of the Canberra chapter of the Satudarah outlaw motorcycle gang, has pleaded not guilty to intentionally inflicting actual bodily harm, making a demand with a threat to cause harm, and unlawful confinement.
Ms Stott has pleaded not guilty to the same charges as well as one count of attempted kidnapping.
Ms Stott's lawyer, Steven Whybrow, told the court it may be suggested it was the alleged victim who was the aggressor.
The trial continues.